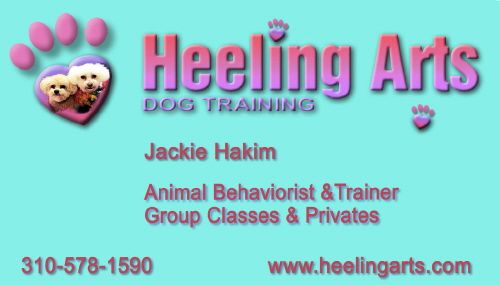 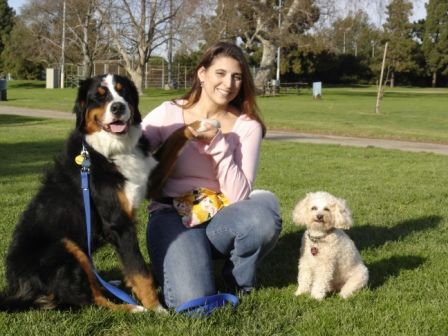 between pets and their owners. Jackie is passionate about educating dog owners how to understand their

pets in a whole new light.  To have the right relationship with your dog you must understand how the

universe / mother nature has wired them. By misunderstanding their true needs of pack leadership, problems WILL

develop. She feels very strongly that educating people to understand how to have the right relationship with their

pet in a way that makes sense to the dog is a major part of having the dog you are looking for.  She graduated

at the top of her class from the Animal Behavior College. The philosophy taught in HEELING ARTS is a

not just one of meeting the humans needs but the dogs as well.  Dogs are pack animals & need clear leadership.

Get this right and you are on your way.

HEELING ARTS is unique as it not only combines traditional command training, but also integrates the deep

Take her class or have a session and you'll hear her philosophy on raising a trust fund puppy. (Everything in life is free)

Jackie's journey into training came from an experience with her pet dog Jupiter.  Jupiter came to her as a puppy

and quickly developed many problems, including attacking her and others, biting and snapping without warning,

territorial & food aggression and a host of other alpha traits.  THis developed as she was new to the dog world and

treated Jupiter as though he were a human/child.  Lot's of love & nurturing & babying as he weighed 2lbs at first

and was one big cotton ball. Her treating him as one human would another made Jupiter develop these problems.

He had bitten at least 15 people including Jackie viciously on multiple occasions.  Within a year of Jupiter's life, she

had worked with 3 different trainers and spent thousands of dollars to correct his behavior.  Nothing worked and she

was told to put him down due to the severity of his problems.   That was not an option.  Determined to save her dogs

life, she  contacted an aggression specialist, studied everything she could get her hands on and slowly began the

process of understanding canine behavior on a whole new level.  With the specialists help along with what she learned

through this experience not only saved Jupiter's life, but changed hers.  Jackie, once a television commercial producer,

England's dogs and is world renown.  She is continually educating herself to new ideas and techniques and is versed in

many techniques from Koehler method to clicker trianing as well as e-touch remote electronic collars. 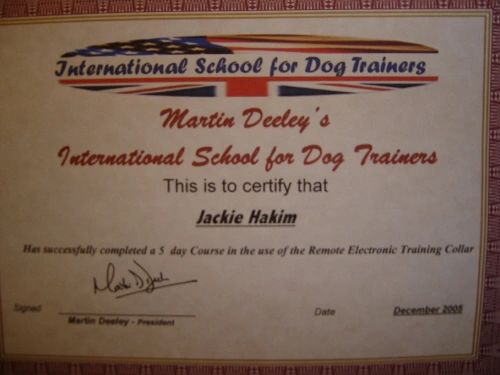 She is currently teaching classes & privates throughout the Los

Angeles area. She and Jupiter have lived happily ever after, along with the addition of Jupiter's love Jazzmine.

Jackie is a professional member of The International Association Of Canine Professionals (IACP), which is recommended by Ceasar Milan as his go to place to find a trainer in your area.